The Commissioner for Children and Young People’s key performance indicators were approved by Treasury on 4 July 2017 to apply from the 2017–18 annual reporting period. The new KPIs were introduced to better reflect the work of the Commissioner’s office as it has evolved since the office was established in 2007. 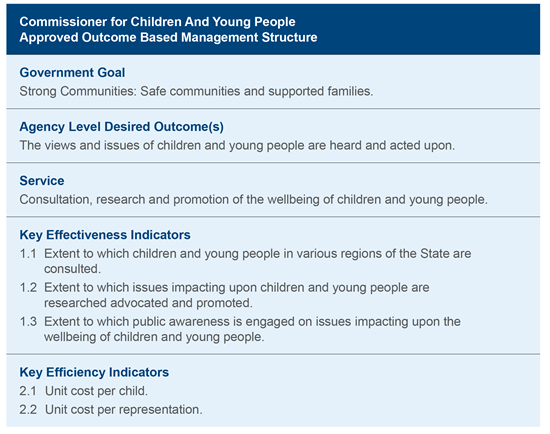 Extent to which children and young people in various regions of the State are consulted.

Extent to which issues impacting upon children and young people are researched, advocated and promoted.

The Commissioner’s role includes analysis and interpretation of information collected through consultation and research processes to identify issues and trends affecting children and young people. The Commissioner is responsible for making representations that explore the impact of these issues and advocate for, and promote the views of children and young people and what is in the best interests of their wellbeing. The new KPI structure reported for the first time in this reporting period has made changes to the methodology for counting representations.

These changes have expanded the category of ‘opinion piece’ to include a broader range of media articles, and includes ‘strategic advocacy meetings’. These changes were made to better reflect the contemporary work of the Commissioner’s office as the role has developed since its inauguration in 2007. The Target number of representations for 2017–18 was increased from 100 to 200 to reflect the increased items. 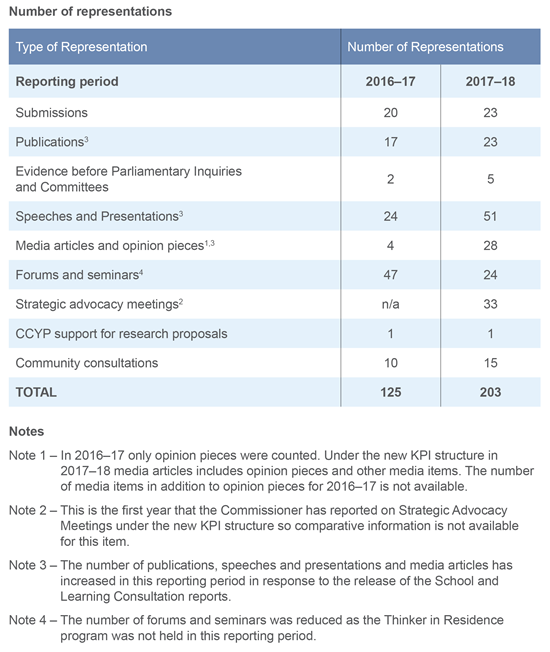 Extent to which public awareness is engaged on issues impacting upon the wellbeing of children and young people.

This is the first time that this Indicator has been included as a KPI. The Commissioner’s role includes the raising of public awareness of matters that impact on children and young people’s wellbeing. In fulfilling this role the Commissioner aims to reach a broad range of

audiences in both metropolitan and regional areas and monitors the achievement of the office through the number of people attending events, children informed/engaged, the number of publications downloaded from the website and the number of news articles viewed. 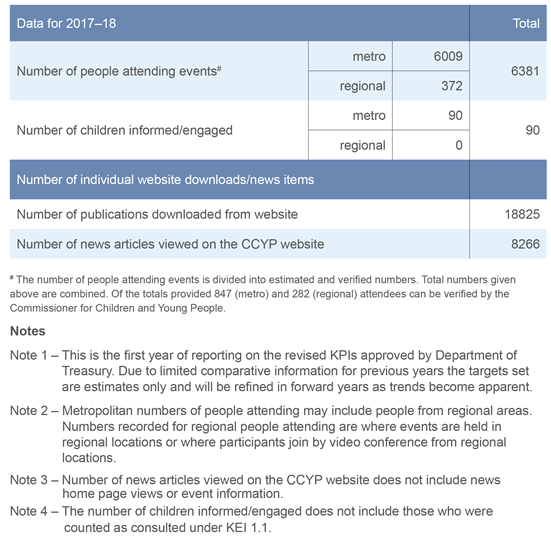 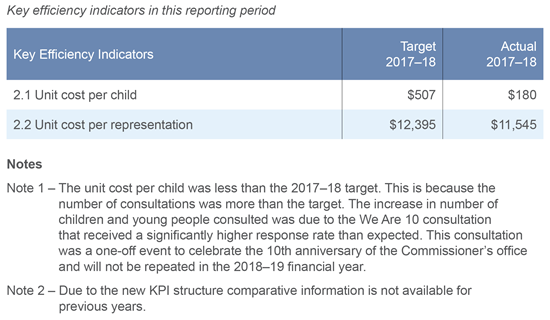