Cheviena is a young leader and role model who has been giving young people a voice in the Gosnells area since 2007.

Her contribution to the community was acknowledged earlier this year when she received a 2011 Premier’s Australia Day Active Citizenship Award for a local citizen under 25 years of age. 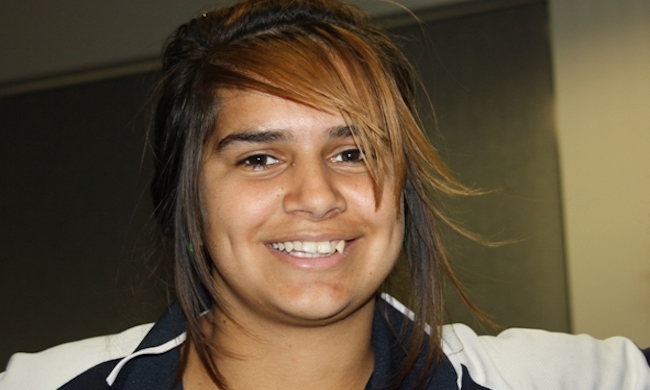 Since joining the Gosnells Youth Advisory Council (GOYZAC) four years ago, Cheviena has held the positions of secretary and chairperson and this year is Southern River College’s first Aboriginal and Torres Strait Islander student co-president.

The Beckenham teenager leads by example by showing others how they can help build better communities.

Described as a trusted peer and role model, Cheviena encourages young people to get involved in community events and speak up about issues that concern them. She also mentors other emerging young leaders.

Cheviena volunteers many hours with GOYZAC organising events and recreational activities for young people in her area.

By encouraging teenagers to engage with their school and wider communities, Cheviena hopes to challenge negative stereotypes of young people in the community.

Jaco is a compassionate young person who is committed to helping children in Thailand have a better chance in life.

He is also very persuasive. Last year he convinced his parents to re-locate his family to north-east Thailand to work with children and young people, despite their concerns about Jaco finishing high school overseas.

The family is now based in Udon Thani in the Isaan region where Jaco spends his time completing his secondary studies via distance education in Perth, while providing emotional support to young people in need and teaching them English.

His desire to help was sparked by his family’s earlier missionary work at a children’s home in Thailand.

While at the orphanage, Jaco became a ‘big brother’ to the children, many of whom were given up by poor families or came from abusive backgrounds.

Jaco’s commitment to excelling in his high school studies while being involved in community service is an inspiration to his peers back home.

He is expected to stay in Thailand until at least the end of this year.

Sarah, a Mundaring Christian College student, has helped raise awareness among her local community about how we can all help reduce our impact on the environment.

Last year, she won an EcoSuperstar competition for students in the eastern suburbs by making her home and school environment more eco-friendly and reducing her school’s energy use.

Her solutions included putting labels on light switches to encourage fellow students to turn the lights off, removing some of the fluoro lights in the staff room and organising a whole-of-school litter pick up which was filmed for a documentary series that recorded the competition.

Sarah also encouraged 250 members of her school community to sign a petition to the Shire of Mundaring to build footpaths on a number of roads leading to the school to encourage more students to walk to school.

Through her work on the EcoSuperstar competition, Sarah has helped motivate young people and others in her community to become more environmentally friendly by conserving energy and reducing their personal and family carbon footprint.

Since arriving with his family in 2007 from Afghanistan, Mohammad has been an inspirational contributor to the community.  As a senior leader with the Youth Leadership Group at the Edmund Rice Centre in Mirrabooka, Mohammad spends many hours mentoring other young people and is a principal organiser and decision-maker among his peers.

Mohammad impressed adult supervisors last year when he took a leading role in the running of a three-day sports camp for 34 young people from migrant/refugee and Aboriginal and Torres Strait Islander backgrounds.

This was just one activity among the hundreds of hours he has volunteered over the past few years to community service, including filming documentaries, scoring at basketball tournaments and helping to run a Multicultural Youth Creative Music Program.

Mohammad also contributes to his school community at Aranmore Catholic College by regularly volunteering to help other students at the college’s English as a Second Language Homework Centre. Last year he received Aranmore’s Mercy Medal for outstanding qualities in academia, sports, Christian leadership and community service.