James Clarke was announced as the 2014 winner of the Commissioner for Children and Young People Participate! Award.

James is a Year 12 student from Lockridge Senior High School who has displayed outstanding dedication and leadership in making a positive change to the community. 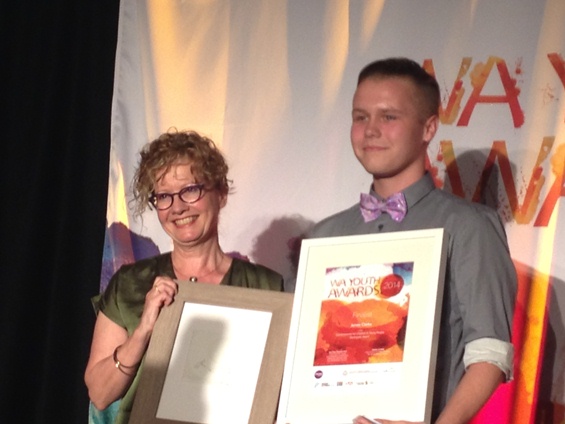 A young, gay, Aboriginal man, James has dedicated himself to speaking out against prejudice to create a stronger,more informed society. He has played an instrumental role in enhancing the reconciliation between Aboriginal and Torres Strait Islander students and the rest of the school and wider community.

Through leading with humility, honesty and integrity James has inspired his peers, school community and a much wider-reaching state and national audience to participate in his campaign to eliminate homophobia and prejudice of any kind in schools. He has had a profound and lasting impact on fellow students, teachers and the wider community through leadership and education and in helping to develop tolerance and acceptance of same sex attracted and gender diverse people, especially Aboriginal young people.

James’ qualities have been recognised by his peers who have elected him as their representative Student Councillor from Years 8 through to Year 12, when he was also elected as Vice-Captain of the school.

Florence is a 17 year-old bubbly young woman born in Uganda. Her parents are originally from South Sudan who left the country before Florence was born to seek refuge in neighbouring Uganda. Florence was raised in a refugee camp by her mother with her five siblings. Growing up, they were left to fend for themselves as their mother had to leave daily to go to work so that she could afford to buy them food to eat. Despite the difficult upbringing, this experience shaped Florence in a positive way as she has an appreciation for life and aims to live her life to the fullest, while also helping others less fortunate than herself.

Florence migrated to Australia with her mother and three siblings on 25th March 2005, leaving behind two siblings in uncertainty in Uganda, who were reunited with the family in 2012.

Florence wears many hats in her involvement in the community including currently working as a bi-cultural facilitator for ASeTTS community project with the Madi community from South Sudan. Florence assists the group by being involved in activities while also organising educational workshops for the group. The workshops ensure that group members are learning about important topics while also maintaining their culture through the positive engagement.

Florence also works casually as a Youth Support Worker at ASeTTS. As part of this role, Florence is involved in organising school holiday programs for young people from migrant and refugee backgrounds. She is also a role model to many of the young people that attend the programs.

Nicholas is a 15 year-old student at Karratha Senior High School who devotes much of his time to volunteering and community fund-raising activities. He regularly assists with raising funds for the Police Legacy through raffles and also undertakes regular fundraising for school camps.

Nicholas makes a significant contribution to Karratha’s annual FeNaClNG Festival ( a major fund-raising event), devoting much of his free time to preparing, setting up and assisting during the actual event. While many young people attend the event to hang out with their mates and have fun, Nicholas is volunteering and helping out however he can.

More recently, Nicholas has taken it upon himself to raise funds for Telethon. Nicholas has raised nearly $10,000 through holding sausage sizzles and sales of fairy floss and drinks. Nicholas has given up his personal time in the evenings and on weekends, to undertake these fund-raising activities at community events.

Nicholas is employed on a casual basis at the Karratha Country Club, and will often dip into his own pay to outlay costs associated with his fund-raising, and he has been saving his money to purchase a small food van, which he plans to work out of for future fund-raising activities he plans to undertake for Telethon in 2015.

While undertaking these varied fund-raising activities and events in the community, Nicholas often encourages and has alongside him other young people and friends helping out.

Katie attended Great Southern Grammar in Albany from Years 6 to 12 and made great contributions to the school and community in this time. Katie excelled in her studies and was an active participant in sport and cultural activities, especially in public speaking and debating.

Katie used her leadership and debating skills after leaving school in 2013 to realise her dream of introducing a speech and drama eisteddfod to the Great Southern region to further develop regional students’ debating skills and to improve their access to world-­class debating forums.

In September 2014, Katie launched the inaugural Shout Out! Great Southern Speech and Drama Eisteddfod, a two-day region-wide speech and debating forum for all schools.

Students from Grade Two to Year 11 from across the Great Southern region participated in a remarkably successful event.  Katie also introduced interschool speech and debating to enable competition between schools in the region. 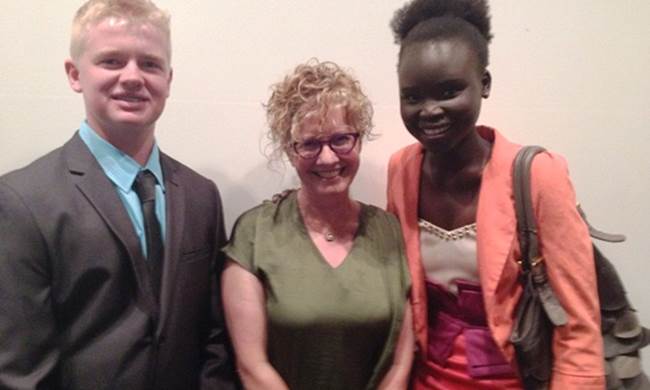