The Stratton Edge Advisory Committee was a group of about 150 young people aged 12 to 17 who attended the Stratton youth centre.

Operated by the Rise Network, the youth centre provides social, recreation and sporting and support services. Coming from diverse backgrounds, the young people were keen to be involved, have a voice and potentially make a difference in their community. 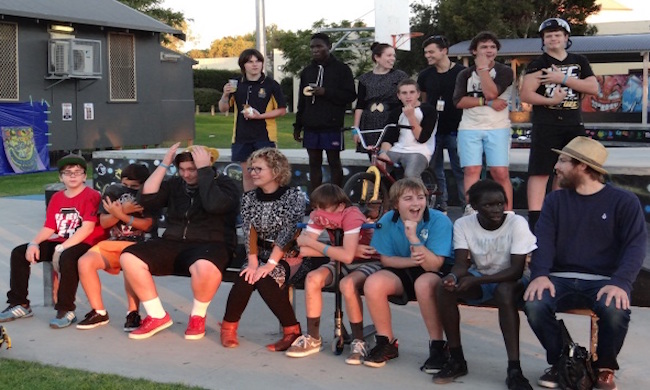 The Committee planned to explore their lives and community through art, research and film.

3 April 2014 - visit by the Acting Commissioner