I was pleased to welcome to my office last night members of my 2015 Sensory Advisory Committee to see the artwork they produced last year displayed in the foyer.

This Committee is comprised of young people with some form of hearing or vision impairment.

The tactile artwork explores key themes about social media and was part of a wider project they completed looking into how young people with sensory impairment use social media.

Last year’s Advisory Committee was made up of two separate Youth Advisory Councils, from the Western Australian Institute of Deaf Education (WAIDE) and the Vision Education Service/VisAbility. This meeting was their first get-together since last year as they have this year returned to operating as two separate committees.

I was particularly impressed with presentations by the two groups on their activities of the past six months as well as their plans for the next year. I was pleased to hear the groups were keen to be involved in a further event the Commissioner’s office is planning later this year which will focus on children and young people’s use of social media.

I thank the members once again for their hard work as an Advisory Committee last year, and will continue to promote the Report they compiled based on the findings of a survey they conducted about the impact of social media on the well-being of young people with a sensory loss last year. 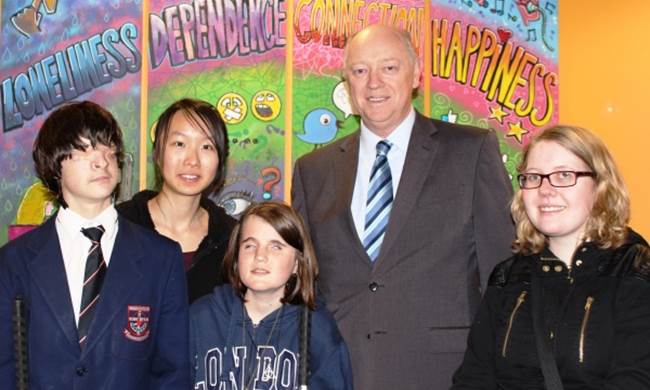 Commissioner Colin Pettit with members of the 2015 Sensory Advisory Committee