A state-wide art exhibition featuring the views of more than 4,200 West Australian ten year-olds was launched by the WA Governor today to mark the tenth anniversary of establishing a Commissioner for Children and Young People.

The We Are 10 project was created by the Commissioner Colin Pettit to celebrate a key function of his office, to hear the views of children from a broad range of backgrounds and locations, and promote what they say to the community.

Mr Pettit said he invited Year 4 students from across the state to create art and a short statement describing what was important to them, what concerns them and their views on life as they grow up in WA.

“With the support of local councils across WA, we have established 80 We Are 10 exhibitions that showcase local children’s artwork and views about the world, which are both incredibly uplifting and insightful”, Mr Pettit said.

“This was a fun project for the children involved, but the community can learn a lot about what children need to thrive, and the issues they face every day, by visiting these exhibitions.

“The children that participated told me they greatly valued their emerging independence, their families, their friends and their local environment.

“Many are highly aware of social issues and raised concerns about the environment, homelessness and world issues, while others spoke about hardships they face including broken families.

Mr Pettit said he had published a report We Are 10: Life through the eyes of 10 year-olds to describe what children had to say through We Are 10, as well as a video for each of the eight regions of WA that display the artwork of every participating child.

“I thank the children and their teachers who supported the We Are 10 project, and I encourage all West Australians to visit their local exhibition or view the artworks online to see life through the eyes of 10 year-olds.

“The response was fantastic, with 4,276 students from 160 schools - from Christmas Island through the Western Desert and south to Esperance - adding their voices together with thousands of metropolitan Perth students.”

The main We Are 10 exhibition is being displayed at the State Library of Western Australia and the large screen in the Perth Cultural Centre during the summer school holidays. A further 80 metropolitan and regional locations will be displaying local artworks.

All exhibition locations, videos of artworks and the We Are 10 publication are available at ccyp.wa.gov.au 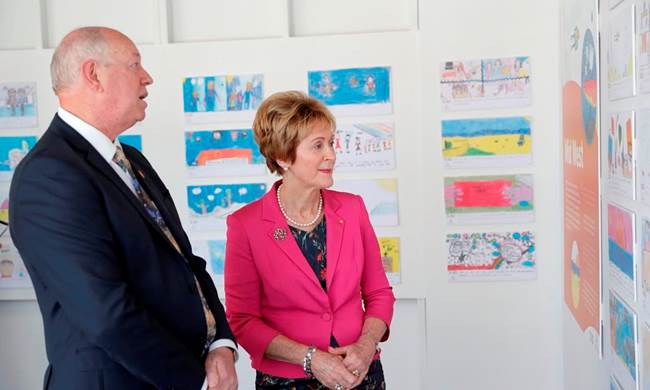 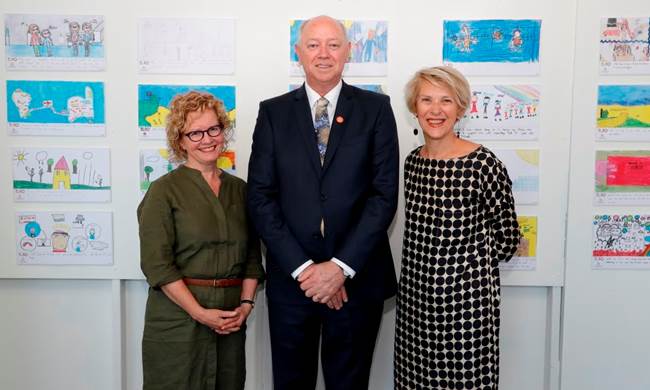 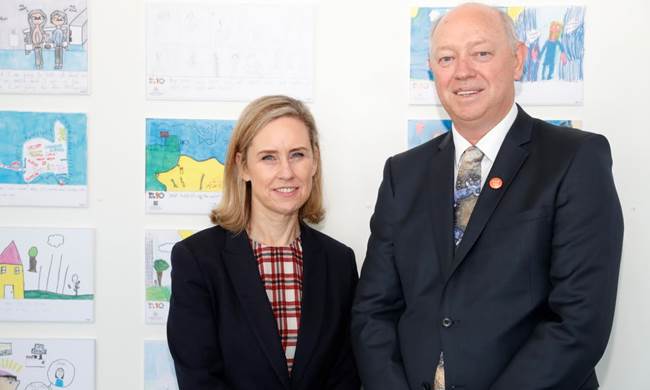 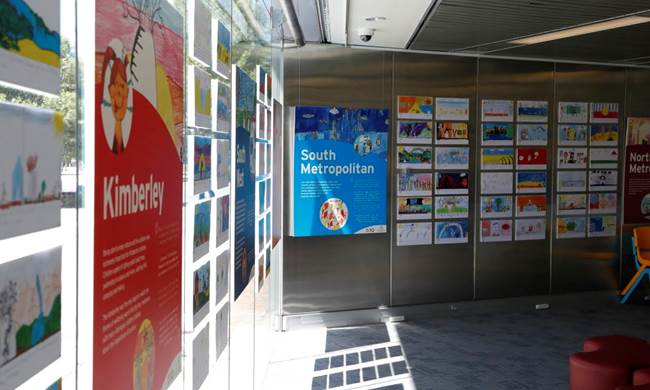 We Are 10 exhibition at the State Library of WA 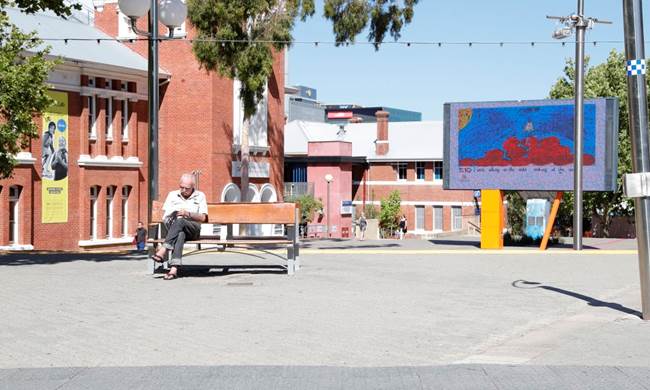 We Are 10 artwork on the Perth Cultural Centre screen