Young Vincent is an inspiration

Dreaming up a plan to help people in need, setting up a charity project and working countless hours after school and on weekends is not a task the average seven year-old chooses to undertake - unlike Vincent Pettinicchio.

Vincent, now a Year 7 student at Sacred Heart College, has been named as the 2017 recipient of the Commissioner for Children and Young People’s Participate Award.

Since 2013, Vincent’s Project for the Homeless has provided around 4,000 packs containing toiletries and comfort items to organisations that homeless people.

I was honoured to present this award to Vincent last night at the official Youth Awards’ ceremony, which recognises not only his dedication to making a positive change in his community but also how he has inspired other children.

After coming home one day upset from being bullied, Vincent’s mum suggested he think up a way to help people. Having seen homeless people in the community and being worried about them, Vincent decided this was who he wanted to help.

After four years, Vincent has had numerous schools and hundreds of students come to support him, which is a credit to his hard work.

Vincent has not only made a huge personal difference in the community, but is also a role model and inspiration for other children and young people, showing what can be achieved with commitment and compassion.

I also congratulate the three other Participate Award finalists – Allee Bartlett, Jai Castle and Robert Walker, who were named as Highly Commended for the category.

All three finalists have made huge contributions to their communities and, along with Vincent, are destined for great things.

I also congratulate Matthew Bill, the young passionate and driven Aboriginal man who mentors students to support their education, has been named WA's Young Person of the Year for 2017.

I would also like to thank CEO Ross Wortham and his team at the Youth Affairs Council of WA, the Department of Communities, and other sponsors, for their commitment to this important event. 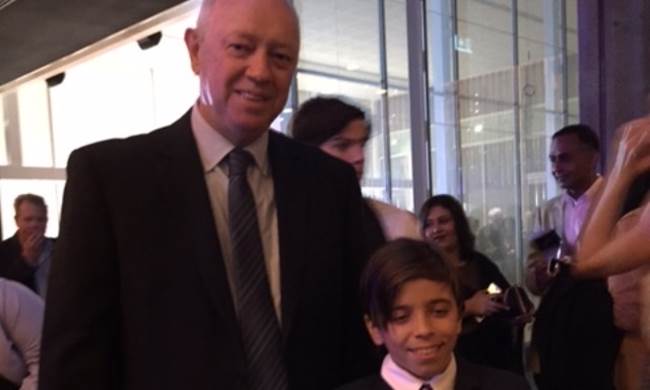