From the Wheatbelt, 12 year-old Scott is inspiring young people to change the world.

After learning about helping others during a lesson in Kindy, 4-year-old Scott decided he needed to do something to help sick kids and babies. Despite his parent’s objections, he decided to walk the 25 km from his farm to town, raising funds from around the community. On his walk day, he crossed the finish line in 8 hours and 40 minutes saying, “I now know I can do anything!”.

From that moment on Scott has dedicated his life to helping others. He has walked almost 500 km in the past nine years, and at the age of 12 and has raised over $145,000 for Telethon.

He now speaks at schools, clubs and corporate events, talking about dealing with pressure and the importance talking to someone to when you’re not feeling great.

He has also written and published a book called ‘Did You know, You can Change the World?’ and has sold over 1,000 copies with proceeds going to Telethon.

Amy Astill is described as a strong, feisty 16-year-old woman living in remote Western Australia. She is very passionate about accurate representation of young people in leadership positions and ensuring young people in her desert town have their voices heard across the country. She is the Youth Mayor of Kalgoorlie-Boulder and is committed to encouraging diversity by advocating for Muslim and Aboriginal young people to join the youth council.

She is also committed to bringing opportunities to Kalgoorlie for young women, and recently organised a leadership and empowerment workshop for young women aged between 15 and 16 which many women from all walks of life attended. In March this year, Amy decided to raise money for families affected by blood cancer by shaving her hair off, raising almost $5000.

Wil is a 16-year-old social entrepreneur from Collie in WA’s South West. Two years ago, he attended the Magic Moments Youth Leadership and Business Summit in Sydney, and left inspired to make a change within his school, community and country. He joined his local Youth Advisory Committee, committed to making a difference to the development of his town.

He is part of a program known as Project NextGen - a group of local business owners and entrepreneurs who are trying to establish a clearer vision of the future of Collie after coal. Earlier this year, Wil established Youth Leadership Academy Australia, an academy focused on building a positively sustainable future by teaching leadership, teamwork, communication, entrepreneurship and mental health, learnings often missed in the education system. The Academy recently hosted its first ever event with over 80 high school students attending.

Ella is committed to serving her community and improving lives for people less fortunate than her. Over the last three years, Ella has done 280 hours of community service, joined the youth leadership council, has been on the Nedlands youth council, got accepted into the Youth Week Committee for 2018, and is currently on the Commissioner for Children and Young People’s Perth LGBTI Advisory committee. She has also spoken on radio (RTRFM) about the marriage plebiscite and sex education in school.

Ella co-runs a non-profit small business called GOSHI, which attempts to weave the Perth youth community together through independent journalism. She is extremely passionate about fighting for equality, particularly for young people. She was a part of Students for Marriage Equality who rallied for passing the same sex marriage bill, performed a winning slam poem about invasion day/Australia Day, and has given her time to rally in LGBT+ parades, for Aboriginal rights and for refugee rights. 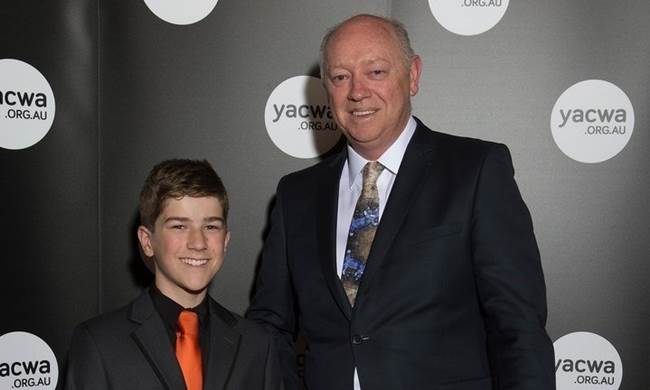