The Commissioner’s metropolitan Advisory Committee for 2011 and 2012 is a group of children and young people from the Metropolitan Migrant Resource Centre (MMRC) in Mirrabooka.

The MMRC is a non-profit community organisation which offers programs and services designed to help individuals and communities during their settlement in Perth. 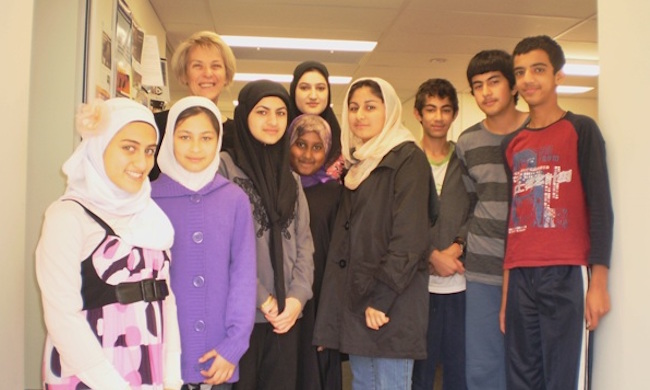 The Advisory Committee planned and delivered the event to raise awareness of the contributions made to Western Australia by different cultures. The event featured a photographic exhibition, a video presentation, speeches by participants and a shared lunch of international foods.

The day reflected the desire of Committee members and their peers to have their cultural backgrounds better acknowledged and understood in the broader community.

Yesterday staff of the Commissioner for Children and Young People and the Equal Opportunity Commission met with members of the Commissioner's metropolitan Advisory Committee to talk about their views and experiences on discrimination, racism and bullying.

The Advisory Committee members, aged between 5 and 15 years, talked about some of the challenges they face at school and in the wider community.

While most participants said they liked where they lived because it was peaceful and friendly, many also recounted times when they felt they had been discriminated against because of their race.

Staff from both offices shared information about where children and young people can go for help if they are being bullied or discriminated against.

The Commissioner will use the information gathered at the consultation as she continues to advocate for all children and young people in the State, particularly those who are vulnerable or disadvantaged for any reason, including those from culturally and linguistically diverse communities.

The Commissioner met with her metropolitan Advisory Committee in Clarkson yesterday to discuss the group’s priority areas and activities for the rest of the year.

Committee members said that they liked living in the northern suburbs and enjoyed going to school, but shared concerns about bullying and a lack of cultural awareness in their community.

The Committee is holding a ‘Migrants United Day’ later this month to promote the contribution of migrants to Perth and celebrate cultural diversity.