These young people said they wanted to be part of the advisory committee because they want to make things better for WA young people, especially to help them be mentally healthy.

View their project and findings in the video and report below.

Report: Co-designing technologies to support the mental health and wellbeing of children and young people

Advisory Committee members came together for a final meeting, followed by a celebration and presentation to community stakeholders, school representatives and family members.

Several Committee members gave presentations  on the work that they had done over the year, and helped attendees explore the wireframe that the Committees had co-designed. The wireframe can be downloaded and explored on internet enabled devices.

Members were thanked for their enthusiasm, commitment and participation in the 2017 Committee and the Commissioner’s office discussed the next steps that would be taken to explore opportunities for the wireframe to be developed into an app.

The work of the Committees over the year has been collated into a detailed report.

Between the August and October meetings, a Telethon Kids Institute researcher developed a wireframe of an app, incorporating the Geraldton and metropolitan Committees’ suggestions on the solutions and ideas that could reduce mental health issues and barriers.

In the October meeting , the Committee members had an opportunity to explore the wireframe, and provide feedback on what they liked and didn’t like about it, what they thought needed to also be included, and how it could be improved. Following the range of suggestions and feedback provided about the wireframe’s features and functions, addition changes were made to it.

The Committee convened to progress their ideas for a technology or tool (such as an app) that could be developed to help strengthen the mental health and wellbeing of children and young people in their local community.

The group discussed different ideas and solutions that could reduce the mental health issues young people face, and break down the barriers that young people experience in getting the help and support they need. They also discussed what current resources are being used by young people as well as what already exist (or did not exist) in the local community, within their schools or online.

The Commissioner also participated in the meeting to hear the ideas of the group.

Members of the Advisory Committee spoke to the ABC Breakfast program about the sharing of images children and young people on social media. Hear what they have to say.

In early June each Committee member spoke to a few of their friends and peers to hear what they think are the biggest mental health issues for local young people, and barriers they experience in using services.

The Committee decided the biggest mental health issues facing young people in their community were: depression, coping with stress (including issues with school or study and issues with families), problems in their community, as well as bullying and discrimination. They found the top barriers to young people in their community accessing help or support for their mental health were: being worried that people won’t understand them or take them seriously, being embarrassed to get help or worried about being judged, and not wanting other people to know or having someone they could talk to that they trust.

The Advisory Committee has been busy with an activity to seek the views of their peers about what they think the biggest mental health issues for young people in their community are, and what reasons may stop them from getting the help or support they need for their mental health.

Staff from the Commissioner’s office visited the Metropolitan Advisory Committee members at their schools in June to provide them with the necessary tools and supports to complete this activity.

Young people will be providing their feedback via voting sheets or online forms, and the results will be collated and examined at their next Committee meeting in June.

The North Metro committee met with the Commissioner and the 2016-17 Thinker in Residence, Professor Jane Burns, for a workshop focussed on technology.

Over the course of the three hour session, the group explored their thoughts around aps that could support young people’s wellbeing. They examined and critiqued existing aps and pitched ideas for new models.

The ideas produced by the advisory committee will be included in Professor Burns’ final report on her residency.

Commissioner Colin Pettit met with the committee members at Lake Karrinyup Country Club to discuss their ideas on how to work over the coming year. It was the first time the students had come together as a committee. They spent time getting to know one another as well as discussing ways to support the mental health and wellbeing of young people. 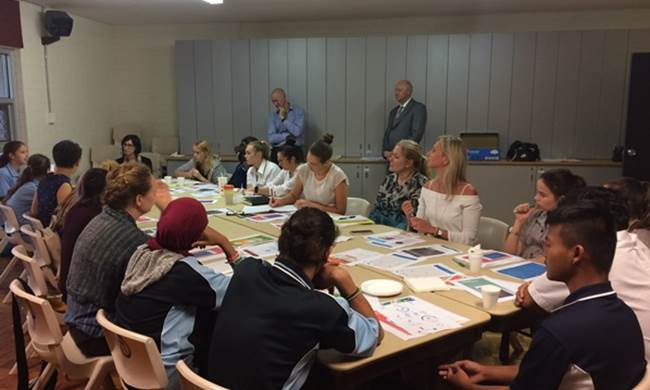 The participatory design workshop with the Commissioner's North-Metropolitan Advisory Committee 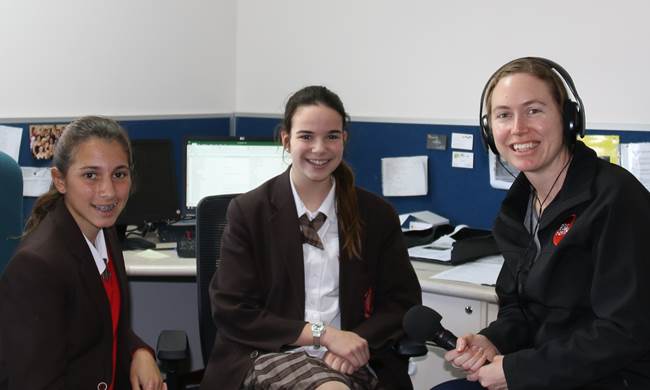